Did we miss the Year of Linux on the desktop? 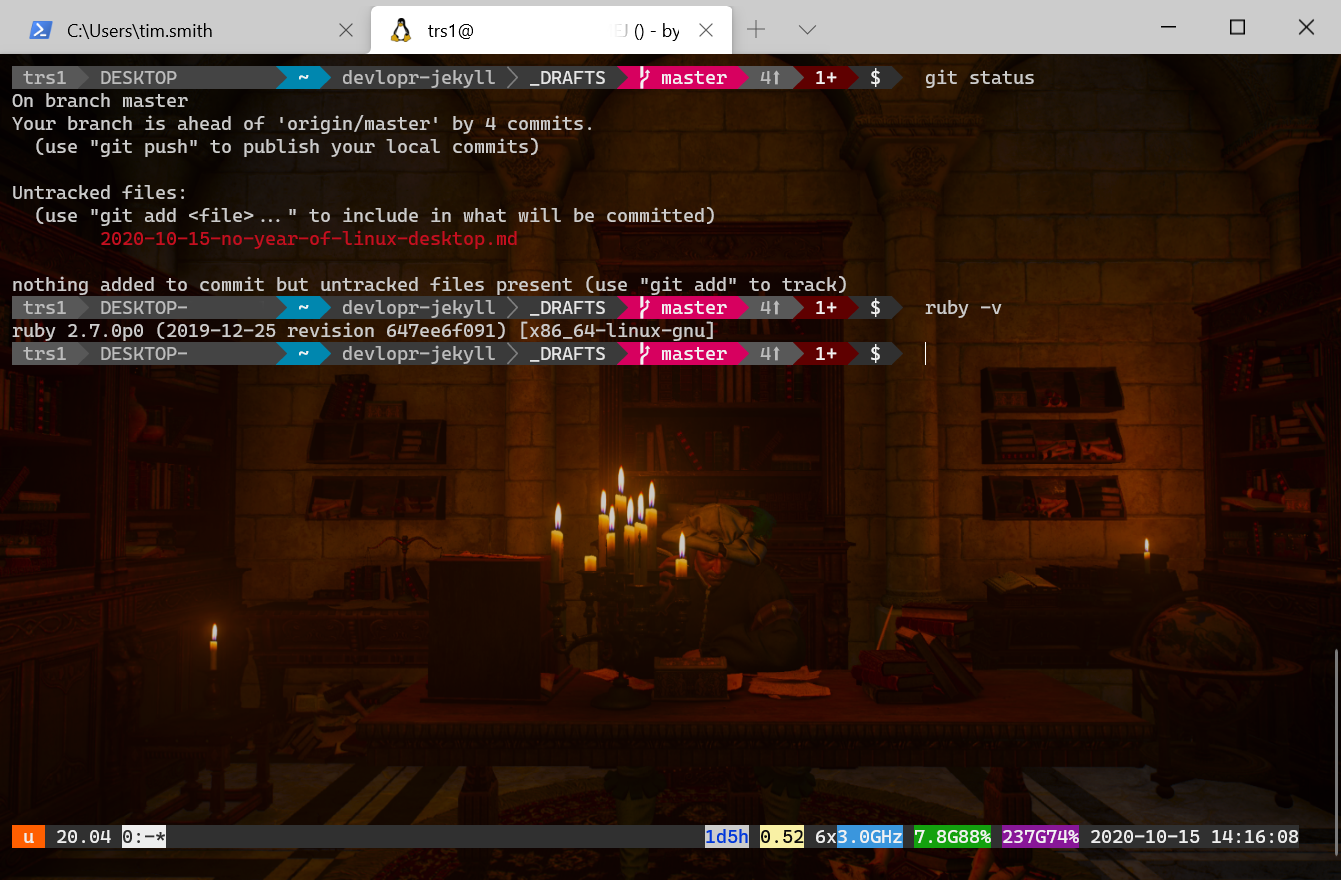 Sometimes it’s hard to be a developer on Windows as you cast an envious eye over to the Unix world. Some of the CLI tools are so attractive. Don’t get me wrong, PowerShell constantly impresses me but I’m envious of those times when installing a new framework can be done with a single apt install.

So over the years I’ve sneaked in Virtual Machines (when my PC could handle it) or reused old PCs that were lying around but remote access is never quite the same. Especially if, like me, you appreciate the extra help from Visual Studio or Visual Studio Code. I’m not saying vim isn’t powerful, but there’s only so many text editors I can learn. It’s an odd situation because most of the actual tools live in the terminal.

Enter WSL and the way it works with Visual Studio Code. I’m writing this in Visual Studio Code on Windows connected to the Ubuntu WSl on the same computer. I can work on the Jekyll site in the terminal (and Windows Terminal is wonderful for this) but use a friendlier editor on my desktop.

So Linux is on the desktop this year. Maybe not in the way we thought it might be but I’m using it most days, certainly more than I did when I was remoting in to an old PC.

There are some who call me ... Tim. Once a journalist of sorts and now a coder of sorts. I also love music and medieval poetry.